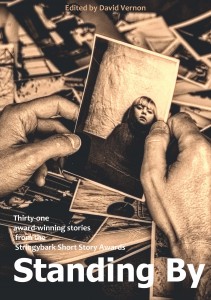 View Gallery
In All Books and Short Stories

This is an open-themed award and the experiences explored within these stories cover all aspects of human existence—from death, illness and domestic violence to love, joy and new life. The imagination and thought that goes into packing so much into a maximum of 1500words is quite remarkable.

As usual, this collection has stories from seasoned writers who are well known to the Australian reader as well as less known writers and some who have been published for the very first time. This is what Stringybark Stories is all about: giving the opportunity to readers and writers alike to read and write new, fresh and contemporary material relating to Australia.

About the editor and judges

David Vernon is a full time writer and editor. While he is known for his non-fiction books about birth:Men at Birth, Having a Great Birth in Australia, Birth Stories and With Women, he has turned his hand to writing science articles for newspapers and magazines as well as scribbling the odd short story or two. He established the Stringybark Short Story Awards in 2010 to promote short story writing. He is currently trying to write an Australian history book but not finding much time. He is the Chair of the ACT Writers Centre. David’s website is: www.davidvernon.net

Having recently left the public service, Dr Kath Collins is privileged to be able to spend more time pursuing her own interests. She is a keen gardener and animal observer, enjoys travelling and cycling, and has reignited her old interest in drawing and painting. For many years in the public service, writing was a large part of her job. Being able now to write about her travels and travails, rather than public policy matters, gives her great satisfaction.

Kerry Cameron is a marine biologist who lives on two and a half acres of lush green paradise on the NSW north coast, with her husband and two kids. She has also been a public servant since 2000 and is passionately opposed to aberrant apostrophes. Kerry enjoys reading a variety of genres and is actively involved in two book clubs. She has had six of her own short stories published in Stringybark anthologies, as well as a few rejected, so is empathetic to the challenges facing authors manacled by strict word limits.

Dr Rick Williams lost his innocence at seventeen when he joined the RAAF to become an Aeronautical engineer. He regained his composure when he resigned and started anew at Monash University majoring in classics and where he gained his PhD. He spent fourteen great years in the Parliamentary Education Office in Parliament House Canberra, mixing it with a cross-section of our elected representatives—from the lost (Pauline Hanson before her maiden speech) to the bizarre (Bob Katter) — both from Queensland. Currently he manages Cooma Cottage Yass for the National Trust NSW, and occasionally has some successes. Rick has previously judged the Stringybark Malicious Mysteries Short Story Competition, the Stringybark Erotic Fiction Competition and The Ghostly Stringybark Competition.