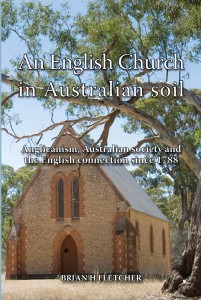 View Gallery
In All Books, Anglicanism, Australian History, and Christian

An English Church in Australian soil

Anglicanism, Australian society and the English connection since 1788

The Church of England has had an enduring impact on the course and content of Australian history. In this engaging study which draws on decades of research and reἀection on Australia’s social and spiritual history, Professor Brian Fletcher explains the slow and steady evolution of local expressions of Anglicanism and the forces and factors that obliged its members to adapt their theological worldview to the rapidly changing religious and political landscape of the “Great Southern Land”. Rather than being another comprehensive history of Australian Anglicanism since 1788, the emphasis is on exploring English influences on Australian belief and worship, art and music, and on the church’s struggles to remain true to its past while responding to emerging challenges unknown to their English ancestors. While many scholars and students overlook the place of religious convictions and spiritual aspirations in Australian history, Professor Fletcher shows the importance of Christian teaching to visions of popular culture and the significance of Anglican identity to everything from voting habits to family life. This book highlights a vital dimension in the nation’s past and contributes to a fuller appreciation of church, state and their interactions.