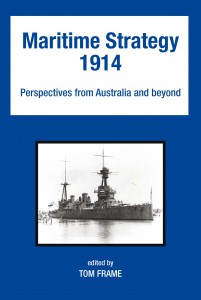 View Gallery
In All Books and Australian History

Perspectives from Australia and Beyond

The essays and reflections you are about to read have been prepared by members of the wider community associated with St Mark’s National Theological Centre in Canberra. They write from different perspectives with a wealth of insight and experience. I want to thank them for sharing their convictions and for their candour in writing about the highs and lows, and the joys and frustrations of ministry. It is noteworthy that each of the contributors has separately affirmed the same truth…

Professor Epkenhans has been Head of the Research Division at the Bundeswehr Centre of Military History and Social Sciences in Potsdam since February 2009. He has published extensively on German politics and strategy between 1870 and 1914.

A graduate of the RAN College Jervis Bay and the University of NSW, Tom Frame served in the Navy for fifteen years. He has been the Director of the Australian Centre for the Study of Armed Conflict and Society (ACSACS) at UNSW Canberra since July 2014 and has written on most aspects of Australian naval history.

A student of Japanese language for twenty-five years, Colonel Tim Gellel developed his interest in Japanese military history as a student at the Japanese General Staff College, and later at the National Institute for Defense Studies. His final appointment in Japan was as Australia’s Defence Attaché to Tokyo from 2008 until 2011. He is presently Director, Attaché and Overseas Management in the International Policy Division of the Department of Defence.

James Goldrick retired from full time service in the RAN as a Rear Admiral. He has long studied the Great War at sea and a new edition of his first book on the opening of the maritime conflict will be published in May 2015 as Before Jutland: The War in Northern European Waters August 1914–February 1915.

Captain McArthur joined the RAN in 1980, qualified as a Principal Warfare Officer in 1989, and has served in numerous ships and sea-going appointments including HMAS Sydney during Gulf War I (1991), HMAS Darwin, East Timor – in 1999 and as part of deployed CTG to the Arabian Gulf in 2002–3. Captain McArthur holds a Master of Arts degree from The Department of War Studies, Kings College, London University.

Dr Overlack completed his doctoral thesis in 1995 on the East Asian Cruiser Squadron as an instrument of German Weltpolitik. He has been widely published on German and Australian naval, colonial, strategic and intellectual history in journals, as well as being a contributor to several books, and participating in international conferences. He is currently a secondary teacher and freelance writer in Brisbane.

Dr Reeve is Senior Lecturer and Osborne Fellow in Naval History within the School of Humanities and Social Sciences at UNSW Canberra at ADFA.

Dr Stevens has been the Director of Strategic and Historical Studies at the Sea Power Centre – Australia since 1994. He has written widely on maritime strategy and naval history. His most recent book is In All Respects Ready: Australia’s Navy in World War One which was published by Oxford University Press.

Michael Wynd is a military historian working as the Researcher for the National Museum of the Royal New Zealand Navy. He is based in the Research Library at HMNZ Philomel the home of the navy in Devonport, Auckland. His research interests include the naval history of New Zealand and the South Pacific, and New Zealand’s participation in the Great War.