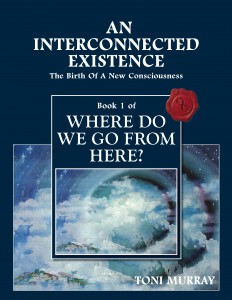 View Gallery
In All Books, Religion, Spirituality, Theology, and  Featured

Where Do We Go From Here? Book 1 — An Interconnected Existence

The Birth Of A New Consciousness

plus handling and freight

Today, the entire world is stirring uncomfortably in the fear of uncertainty. The dawn of a new direction in humanity’s evolutionary path lies ahead and its harbinger is chaos.

More than ever before it is important to not let fear make our decisions for us.

With the unfolding of the evolutionary process, humanity is presently facing the challenge of making the transition from evolving unconsciously to becoming the conscious co-creators of the future; firstly, as individuals, then through ever-broadening collectives until, with the exponential power of critical mass, a quantum leap into a new reality occurs.

When what is emerging on a world-wide stage is understood from this perspective, fears can be dispelled and we can re-establish the healing potential of Hope.

The intention behind the five books within ‘Where Do We Go From Here?’ is to make sense of present-day events, by demonstrating where we have come from, where we are now, and how, through the recognition of the immutable and perpetuating laws of a trustworthy evolutionary process, we can, as empowered visionaries instead of impotent observers, lift Humanity into its long-promised and highest expression.

You are invited with Book 1. An Interconnected Existence to become conscious of the sacred unity within diversity (the past misunderstanding of which has, out of man’s earlier ignorance, divided brother against brother).

In Book 2. The Descent into Matter we explore the Age of Density where we consider the perfect ordering of the Past.

In Book 3. The Bridge of Time we consider the Age of Adaptation from the perspective of the psychology of consciousness within the Past/Present.

In Book 4. The Ascent of Man we open our minds to the promise of the Age of Transparency where the wings of hope lie in the Present/Future.

In Book 5. A Brand New Day we reflect on The Age of Illumination as we begin to envision the sacred potential, for thousands of generations to come, of the Future.

Toni Murray is a Rhythmic Massage Therapist whose life-long interests in Theology, Psychology, Maths, Music and Art have enabled her to recognise the parallel threads of wisdom living within the Sacred Teachings, the Sciences and the Arts.

Early in life, from her favoured perspective of phenomenology, the boundaries of her interests disintegrated as she found the languaging of these seemingly diverse subjects masked a fundamental interconnectedness: instead of demanding blind faith, the profound psychology of religion was scientifically sound; music was infinitely more than entertainment with its glorious mathematical progressions connecting the mundane to the sublime realms; the work of artists (rather than that of today’s many painters) being capable of elevating the soul through its material representation; evolution being the more sacred and beautiful for being portrayed within a scientific perspective.

For almost forty years of her life she was unable to share her thoughts with more than a few like-minded souls and wrote instead copious notes, some of which she now presents within the first part of a larger work. Having witnessed more change in her one lifetime of sixty-eight years than any ancestors would have seen in five generations, her confidence comes to do this as the suffering that all mankind is experiencing presently needs to be reframed within the optimistic perspective of humanity’s long-promised leap in consciousness.

If only one person’s life is given authentically renewed hope in today’s seemingly unhopeful future she will consider her endeavour to have been worthwhile.