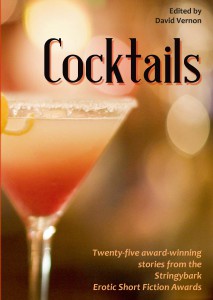 View Gallery
In All Books, Fiction, and Short Stories

The title of this collection comes from the original competition theme, which was for a writer to submit a tale that had a title that was the name of a cocktail. A web searchwill showan enormous number of cocktail names and thus they felt this gave wide creative scope to their writers. They think that the stories presented here show great imagination.

David Vernon is a full time writer and editor. While he is known for his non-fiction books about birth: Men at Birth, Having a Great Birth in Australia, Birth Stories and With Women, he has turned his hand to writing science articles for newspapers and magazines as well as scribbling the odd short story or two. He established the Stringybark Short Story Awards in 2010 to promote short story writing. He is currently trying to write an Australian history book. He is the Chair of the ACT Writers Centre. David’s website is: www.davidvernon.net.

Tessa King is a primary school teacher who spends her days teaching six year olds how to correctly structure their sentences and spell words such as clock: “Do not leave out the ‘l’, dear!” Tessa has lost herself in the pages of countless novels starting with Harry Potter and arriving at her present favourite Daughter of Smoke and Bone. One day when she is old and determined she will write her own novel which has been stewing in the back of her mind for the past decade. In the meantime she will paint pictures and enjoy living in country NSW.

Arna Walker is a Kiwi with a long held love of literature. She left her beloved homeland some years back to seek her fortune in Australia as an accountant. Whilst still looking for the fortune she does lots of reading, travelling to obscure parts of the globe, quilting and other crafts, and walking her dog. Arna previously judged the Stringybark Short Story Award 2013.